Most child marriages aren't even reported.

Early-age marriage is an epidemic felt by girls around the world. In the province of Sindh, Pakistan, nearly 72 percent of girls are married before the age of 18. It has the highest rate of child marriage out of all of Pakistan's four provinces (the stat is 21 percent for Pakistan, overall). In 2013, however, a sliver of hope presented itself in the form of the Sindh Child Marriage Restraint Act, which criminalizes marriage to children under 16.

There are significant challenges to implementing these types of laws, however, since they push back against references from Islamic holy scripts that females are eligible to marry when they hit puberty, as well as deep-set beliefs and customs. And while the government continues to try and enforce laws to alleviate the problem, 80 percent of child marriages—in Sindh alone—aren't even reported.

Just like everywhere else in the world, when the law isn't moving mountains like it should, you take it to the streets. Aahung, a Karachi, Pakistan-based NGO and advocacy group that has been working to improve the quality of sexual and reproductive health and rights services since 1995 (when it was known as Karachi Reproductive Health), partnered with the Department of Education in Sindh to integrate comprehensive sexuality education content into the school curriculum.

If you're wondering how a bunch of images of fallopian tubes and lectures about chlamydia might change Pakistan's situation, stop envisioning your terrible junior high sex ed. Sheena Hadi, director of Aahung, is going at the institution's jugular by injecting awareness into the system by going into schools, communities, people's houses, and talking to them about sexual rights and safety (her team had to negotiate vigorously on the condom conversation).

"There is a lot of fear around girls losing their potential to marry in case their reputation is tarnished so they are married off before it is too late," Hadi says. She shared some of her team's tactics on how to shift these and other damaging patterns.

What are some things Aahung does to help empower young people, as well as health providers?

We decided we weren't going to reinvent the wheel. There were a lot of organizations that were already providing health and reproductive services. We work very actively with medical universities and public health training institutions. We go into their curriculum and look at the gaps where reproductive rights are not being addressed and adequate skills and knowledge is not being given. We work with medical students who are really just getting out of adolescence because, in Pakistan, medical school starts when they are 17 or 18 years old. So they are exposed to much more comprehensive and sexual health and education which hopefully translates into better services when they go into their line of work.

On the education side, we work with teachers and other community health educators. We rarely target our audience ourselves. We support our partners in implementing and filling in the gaps, as opposed to opening another clinic or school.

How is sex ed in the west different than the life skills-based curriculum Aahung created Our course in Pakistan is very different because we have developed it according to local needs and with input from key stakeholders at the community and school level. We do not discuss sexual behavior directly with students before they are of a certain age because it would never be allowed in schools and, in many cases, because young people are not ready for the information at the same time as they would be in the US or other parts of the world.

What we do is create a foundation which involves giving young people a better understanding of how their body works, puberty and changes, human rights, discussion on violence and respect, exposure to concepts of diversity and choice, introduction to concepts of family health and welfare.

The reason for this is because we are not dealing with the same issues as the US. For example both countries have a problem with teen pregnancy, however in Pakistan, that is usually within marriage. So the first issue we need to address is keeping girls in schools and delaying the age of marriage, which will automatically address the issue of the early age pregnancy. In addition, we are dealing with a population of young people that still have little access to information about basic parts of reproductive health. So we are trying to address their needs in a safe, age appropriate manner which also allows us to work constructively with schools and communities.

How do you work a judgment-free child marriage conversation into your curriculum in a culture that has found it justified for so many years?

One of my pet peeves is the way we're looking at early and forced marriage globally. When you only look at it from a health lens, the problem becomes that it's very easy to say to the community, before the age of 18, all these health consequences will happen, so don't get your daughter married.

There are so many problems with that. Not every family is out to compromise their daughter. There are very significant economic and social pressures pushing them to make those decisions. If we don't address those; you can't look at it in an isolated matter.

So this goes back to the rights issue. We can't work on sexual and reproductive health without integrating human rights. It's about her choice and the information she's being given.

That's how we try to tease out the judgement. It's about making sure that a young person (often, boys as well) in Pakistan is ready and wants that decision in their lives. It has to be a much more holistic approach than just saying girls shouldn't get married before a certain age and then slapping down some punitive laws, which we know don't work, anyway. Criminalizing any kind of violation of sexual rights doesn't really do anything. 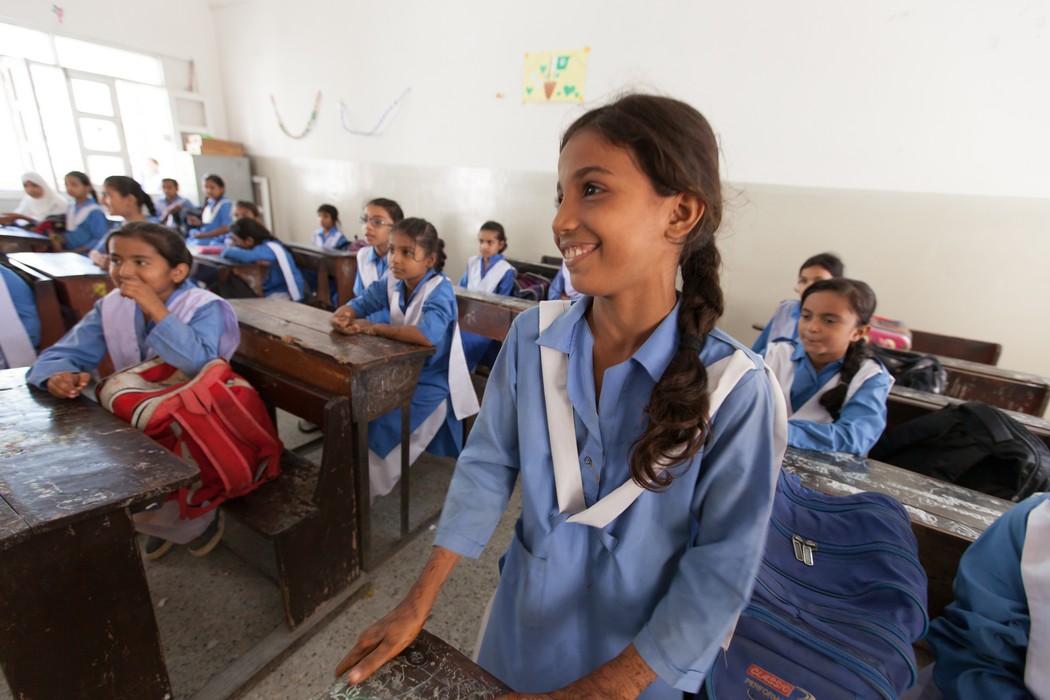 What efforts are you taking to teach consent to children who could use that knowledge to battle their potential fate as a child bride? How much control do these girls realistically have?

A part of Aahung's curriculum is dedicated to marriage. We cover laws, the registration paper itself (which has certain rights for girls in it that are often not shared with girls), and decision-making regarding when it is the right time to get married and start a family. Through the curriculum, adolescent girls are exposed to the idea that they have a right to participate in decision making around their marital partner, which is a concept they probably would not have been exposed to before.

Along with the content, we have a strong focus on skill-building, which allows young people to explore how to make better decisions, negotiate with others, communicate their concerns and problems and makes choices that they are comfortable with. In many cases, the information and skills have allowed girls to negotiate staying in school and putting off marriage a little longer. Often there is a teacher or care-giver involved in this negotiation process who has helped the girl and supported her in her dialogue with her family.

However, we have to keep in mind that the girl is already in an advantageous position because she got to go to school in the first place and made it to the middle school years. Even in those cases, however, our evaluation does show that girls have more knowledge and skill after completing the curriculum, but still feel as though they hold very little decision making power in their communities. This is why it is so critical to work on all levels when it comes to changes in practices on early marriage—including parents, school administrators, teachers, gatekeepers, etc.

In Pakistan, like many places in the world, marriage really is a social decision and we are a very long way off from young people being able to make those decisions independently.

Can you provide an example or anecdote of a situation that worked out positively through your work on early-enforced marriage?

We have had several cases of teachers acting as negotiators on behalf of girls. This has allowed several girls to stay in school to finish their metric or to delay their marriage. One case which was just shared with me a couple of weeks ago was from Shah Faisal Colony in Karachi, which is a low income community where Aahung has worked for several years. A girl was being taken out of school in [the ninth grade] to be married to a second cousin. The teacher supported the girl in talking to her family and to the boy's family to ensure them that she would agree to the marriage, but after she was allowed to complete two more years of education. Those two years are not enough, but in terms of her potential economic and health outcomes, they are hugely significant.